I’ve seen it four gazillion times lately:  Britney Spears is the poster child for the downfall of modern American society.  There are serious things going on in the world, but the news is reporting the latest exploits of various celebutards like Lohan, Hilton and Spears.  We are most certainly going to hell in a handbasket.  Back in the day, we took national and world affairs SERIOUSLY, and did not obsess over celebrities.

Well, our uncles and aunts ushered in the age of Aquarius.  They didn’t obsess over celebrities.  Ummm… 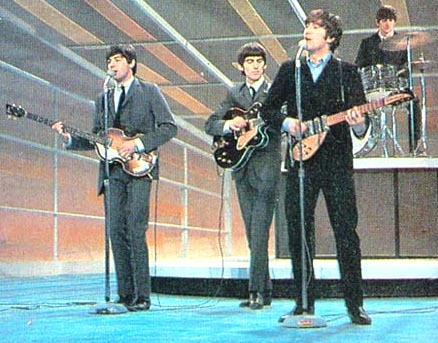 Keep readng, I’m not done yet!

Our grandparents had their act together, what with the civil rights movement going on and all.

And great uncle Jack was always agitating for the rights of migrant farm workers.

During WWII, Americans were patriotic, serious and all business!

Times were too tough in the depression to worry about celebrities. 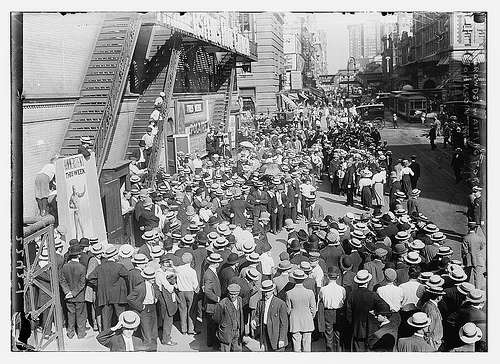 Is this monsterous crowd gathered for a great political figure?  No, they are waiting for an appearance by boxer Jack Johnson.

Check this out from the turn of the century.  A quote:

Just as we now look for fashion ideas and moral inspiration from celebrities, actors, or musicians, so the Americans of the 1890’s and first two decades of the past century found their hopes and ideals expressed in the pen-and-ink drawings of Charles Dana Gibson. 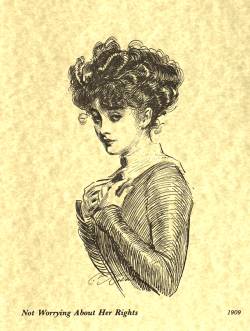 Apparently, the media has always influenced popular sentiment.  Yes, that says “Not worrying about her rights”.

Finally, check out this post on an entertainment blog, with one of today’s biggest celebrities, in a video interview about tabloid journalism

One Response to “Celebrities”

« It Had To Happen
Why We Don’t Get Invited To West Meade Parties »
%d bloggers like this: